Neurofeedback is not a new concept. It has been the subject of the study of researchers for several decades. Neurofeedback is a method that assists subjects to control their brain waves consciously. In fact, the electroencephalography (EEG) is recorded during the neurofeedback treatment. Then, its various components are extracted and fed to subjects using online feedback loop in the form of audio, video or their combination. Accordingly, electrophysiological components are separately demonstrated. As an illustration, the power of a signal in a frequency band can be shown by a varying bar graph. During this procedure, the subject becomes aware of the changes occurring during training and will be able to assess his/her progress in order to achieve optimum performance. For instance, the subject tries to improve the brain patterns based on the changes that occur in the sound or movie. Neurofeedback treatment protocols mainly focus on the alpha, beta, delta, theta, and gamma treatment or a combination of them such as alpha/theta ratio, beta/theta ratio, etc. (Dempster, 2012; Vernon, 2005). However, the most commonly used protocols are alpha, beta, theta, and alpha/theta ratio. In this review paper, we discussed various technical and clinical details of different neurofeedback treatment protocols.Go to:

Activities of cerebral neurons have rich information about neuronal activities. When neurons are activated, they produce electrical pulses. By placing electrodes on the scalp, the electrical activity of the brain, known as EEG, can be recorded. In turn, EEG is generated by a specific type of synchronous activity of neurons which are known as pyramidal neurons and the electrical output is thus reflected in the following areas of the skin where the electrodes are located. Different patterns of electrical activity, known as brain waves, could be recognized by their amplitudes and frequencies. Frequency indicates how fast the waves oscillate which is measured by the number of waves per second (Hz), while amplitude represents the power of these waves measured by microvolt (μV).

These frequency components have subsets. For example, sensorimotor rhythm (SMR) frequency bands (13–15 Hz) are related to the sensorimotor rhythm and entitled as low beta. Some studies claimed that alpha rhythm has two subsets: lower alpha in the range of 8–10 Hz and upper alpha in the range of 10–12 Hz. Whereas some studies indicate that the alpha rhythm has 3 subsets. These definitions indicate that high and low alpha exhibit different behaviors and performances. It is believed that lower alpha is related to remembering action in semantic memory which is not the case for high alpha.

Electrodes (placed on the scalp) can record those cortical activities of the brain regions that are close to them. Electrode System 10–20 is a method for standardizing areas of the skull and comparing data. The term “10–20” refers to the placement of electrodes over 10% or 20% of the total distance between specified skull locations. Studies have shown that these placements correlate with the corresponding cerebral cortical regions. Of 21 electrodes, 19 are used for recording cortical areas and 2 other electrodes as reference electrodes (Figure 1). The skull regions are named using letters and numbers. Letters correspond with the brain regions and numbers to the hemisphere of the brain or the locations of this hemisphere. The letters F, P, T, O, and C are related to frontal, parietal, temporal, occipital, and central areas, respectively. Odd/even numbers are associated with the left/right side of the brain region. The letter z is used as PZsuggests that scalp location falls along the central line running between the nasion and the inion. FP1 and FP2 are respectively related to the left and right poles of the forehead. Also A1 and A2 are the left right regions of vestibular (ear) region that are two common sites for the placement of reference and ground electrodes (Figure 1) (Dempster, 2012; Evans & Abarbanel, 1999). 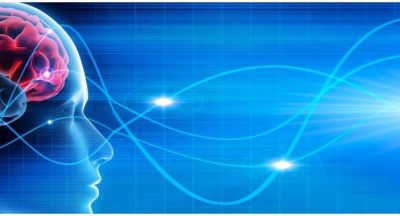 Go to: 1. Introduction Neurofeedback is not a new concept. It has been the... 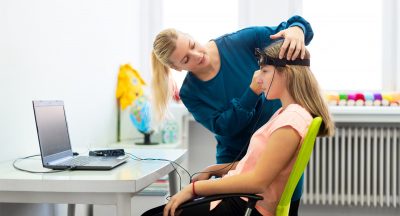 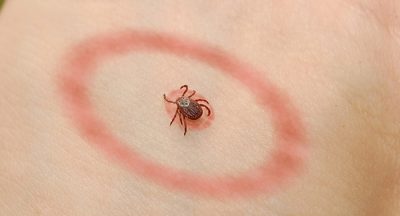 What Is Lyme Disease? It is not uncommon for us to be bitten by insects...